Mike Phelan was speaking during an exclusive webinar with The Coaching Manual on Thursday 9th April 2020. 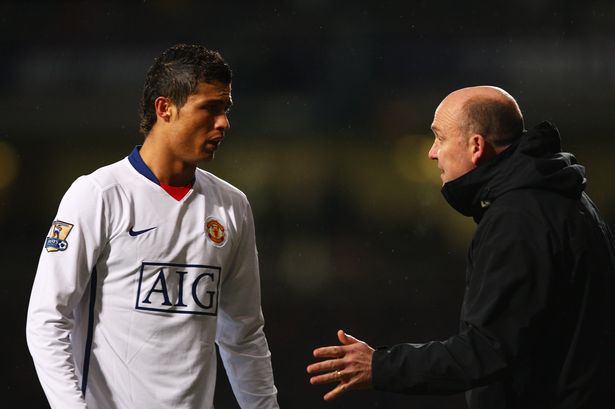 Mike Phelan starred in a webinar hosted by The Coaching Manual last night, and spoke candidly about his journey, his own coaching philosophies, Sir Alex Ferguson, and Cristiano Ronaldo - among others.

When asked by the webinar’s host Paul Bright about his development as a coach, Mike pointed to his first spell at Manchester United and the time he spent working with Sir Alex Ferguson and the space the former Manchester United manager afforded his coaches to grow.

Mike said: “As a coach you have to hope that you’re in it for the long haul - that you can keep evolving your players and keep evolving yourself. The one thing about Sir Alex Ferguson was that he would give you the opportunity to coach. His longevity was excellent - 20-odd years at one football club, probably never be repeated again. What he did was give you an element of security to actually work at your job, learn, and develop.”

In association with Sensible Soccer Ltd, The Mike Phelan Webinar raised more than £700 for the healthcare workers helping to keep us safe during this global pandemic.

Mike continued: “That longevity allowed us to benefit from a continuity of players to work with - a lot of players who all bring something to the training ground - both as people and as players.

“For example, some of the foreign players bring with them so many different challenges - how do you create an individual player into a team player? Ronaldo sticks out quite well there.”

Mike, who had a coaching role at Manchester United's Centre of Excellence, was promoted to first team coach in 2001. Cristiano Ronaldo joined the Red Devils as a highly-rated teenager in 2003 before departing for the Santiago Bernabéu and Real Madrid as the holder of the Ballon D'Or in 2009 - by which point Mike had been promoted again to Assistant Manager.

Mike said: “I always felt that for coaches - not just myself - around Cristiano Ronaldo, he was like a sponge. He wanted more, he’d challenge you for more. But you had to get Cristiano to be a team player. And he got it. There were certain things we did in training, which made him do things which maybe he didn’t really want to do.

“But eventually, when the success came, and then when he moved on, particularly during his time at Real Madrid, there are certain things that you observe from Cristiano in a game playing at Real Madrid that he definitely picked up at Manchester United.

“There’s a satisfaction there. I don’t claim to have created Cristiano Ronaldo, because there is a lot of people who influenced Cristiano. But the biggest influence he has had has been himself, and his drive. He’s been fantastic - and of course there’s other players as well.”